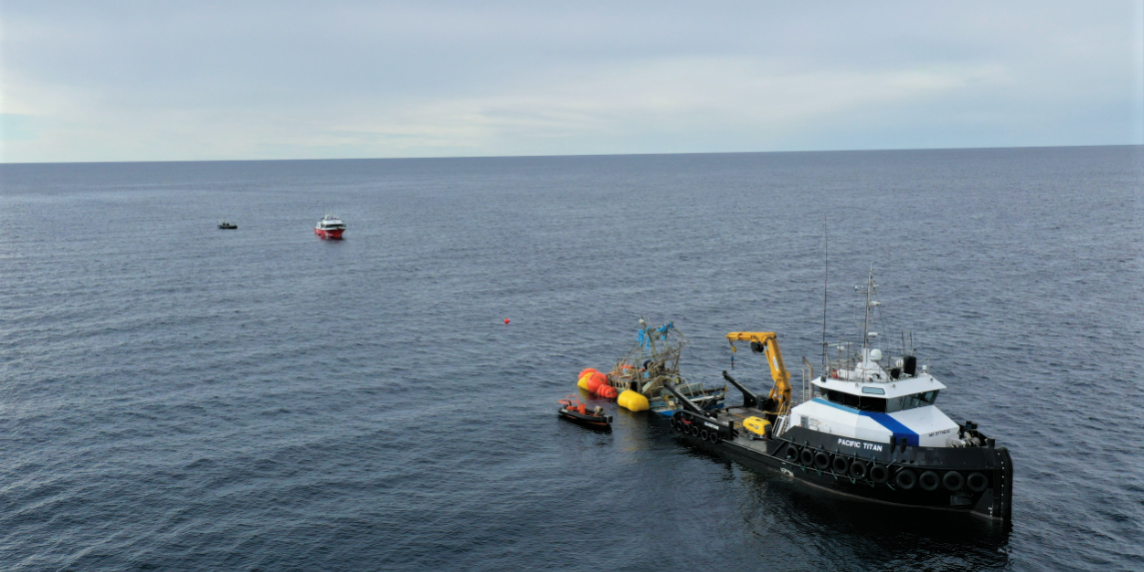 ECM have successfully completed the wreck removal of a fishing vessel from a depth of 27m off Bundaberg QLD.

ECM’s work boat Pacific Titan and Commercial Marine Group dive support vessel “Poseidon” were deployed to site, where the wreck removal was completed in three planned stages. Firstly, the wreck was floated with air-bags and moved to shallower water to facilitate extended dive times. Secondly, the wreck was recovered to the surface using a combination of heavy lifting devices aboard “Pacific Titan”, project-specific engineered rigging, and air-bags. Finally, the wreck was delivered to a local dry dock by “Pacific Titan” for dismantling.

The project was completed without incident and zero loss of hydrocarbons or other pollutants from the hull of the wreck.

Tsunami buoy maintenance in the Tasman Sea
May 14, 2020